Business Is A Tough Gig. Be Brave! Do Something That Scares You! Every Day. Part 2. 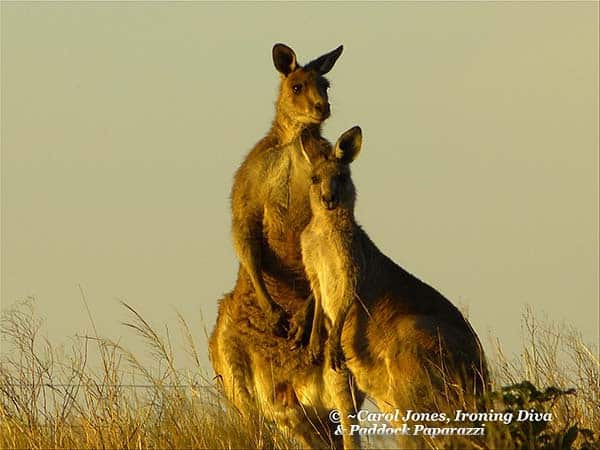 I run my business, The Fitz Like A Glove™ Ironing Board Cover And Other Goodies, from my remote rural property in the hills of the picturesque Central Tablelands of NSW.

There is more to running my business than just manufacturing ironing board covers.

Part of the responsibility of owning my own business. Is to be a caring person. And be able to give to others. Without any expectation of receiving something in return.

Sometimes the simple gesture of giving. Reaps rewards beyond your wildest imagination.

The tyranny of distance rules my rural life. I depend on the internet for my daily news. And I use social media to stay in touch with friends. And customers.

I am an avid user of Twitter. I love the medium.

But it isn’t always a friendly medium.

During the election campaign, I was struck by retweets from Leigh Sales. Of the 7:30 Report. Of atrocious and offensive tweets she received from the public after she did interviews about the election.

And Annabel Crabb. An Australian political journalist for the ABC. Who tweeted out that it wasn’t 8am yet. And she’s already been called a c**t. In response to an article she wrote about the election.

And other female journalists.

Like Claire Harvey. Deputy Editor of the Sunday Telegraph. Who was trolled for days by the bicycle lobby with obscene language after she wrote an article lambasting a bicycle courier after the near miss she had with him on her way to work.

These are retweets of the most vile nature from the public. They’re personal. Hateful. And hurtful. Calling women in the media c**nts. Wh**es. And whatever else comes out of the foul mouths of people – mainly men – who disagree with them.

In the case of Claire Harvey, I committed the sin of commiserating with her on Twitter about the ghastly tweets she was receiving.

She retweeted one of my tweets of commiseration.

I then became the object of abuse from the bicycle lobby. Receiving obnoxious and hurtful comments. That were repugnant to read.

I was. And still am. Appalled.

If this was North Korea. And you said things like this to the face of the ‘Supreme Dictator’. He would strap you to the front of a cannon. And blow you to bits. As he does to the generals he dislikes.

But this isn’t North Korea. And free speech is to be enshrined. Even when it’s thoroughly distasteful.

To combat these inflammatory trolls who sow discord, I decided that I would try to right some of their wrongs.

Even if I don’t know these people.

I chose people in the media that I follow. And endeavour to make their week brighter by spreading good vibes. To counteract the trash that comes out of the mouths that are deep, black holes in the faces of the trolls.

I am determined to spread unadulterated goodwill. Especially to those who suffer abusive tirades on Twitter.

And that’s how I discovered one of my most rewarding, Be Brave! Do Something Every Day That Scares You!! tactics.

This is what I do every Monday.

At 4AM, without fail, I send them a tweet wishing them well for the week ahead.

Why so early? Some of them are already in their studios. Broadcasting.

The first time I sent these tweets, I held my breath. Expecting to be blocked by some of them on Twitter.

I saw two replies to say ‘thank you’. I was very excited!

Over time, at least one-third of my ‘twitterees’ now reply to that tweet with more than just a like. They also wish me well. And some take the time to have a conversation.

One day I was late with my tweet. And saw in my Twitter Mentions a tweet saying they missed my Monday morning greeting. Am I OK?

I now add people to this list who I also want to stay in touch with. And have built up a rapport with people that I wasn’t sure could happen. But it’s as everyone says. Famous people are people, too. And they appreciate kind words.

What I was once afraid to do, is now one of the best things I’ve ever done. And I can’t imagine how I could have ever been concerned about sending that first tweet.

Especially now that I am aware that my tweet is expected. And missed if it doesn’t arrive.

Overcoming fear is about repetition. The more you do something you fear. The more practice you get at reducing that fear. Until one day that fear no longer exists.


We live and work from our remote rural property in 'The High Country' of Victoria.
In the picturesque foothills of the Victorian Alps.
All parcels are despatched via Australia Post.
Our post office is in a remote location. So we post parcels once a week.
We hope you understand how the tyranny of distance affects a business that is in a remote, rural village.
We post parcels on Friday. From orders received by 3pm on Wednesday. And send you an email to let you know your parcel is on its way.

Every Friday. From our rural alpine village. We post orders received by 3PM on Wednesday.
We then send you an email to let you know your parcel is on its way.
And we hope you love everything in your parcel. ~Carol❤️