How Are You Handling Your Emotions Today? 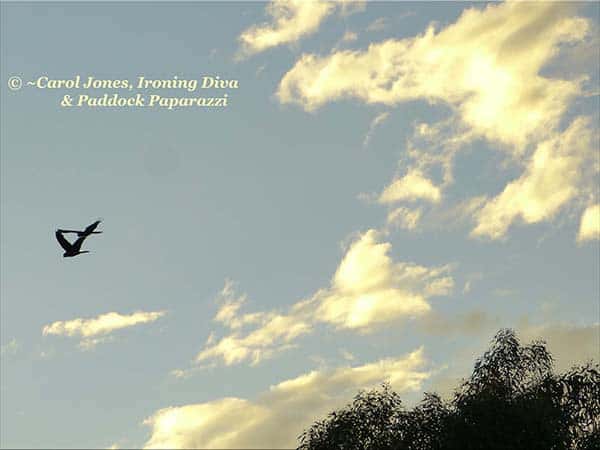 I was born in. And spent my childhood in. New York City.

For a short stint, my father was transferred to a large city in Pennsylvania. Then to a teeny tiny town in southern Virginia.

My mother, who was born in New York City. And spent her life there until she was 42. Was shell shocked with each move.

The last straw was trying to adjust to small town life. After the ‘New York City is open 24 hours a day’ lifestyle.

My dad, also born and bred in New York City, just took it in his stride. Go where the work is. And where the money is.

Newly arrived in this tiny dot on the map of Virginia USA, my mother left a letter written to her by my Aunt Rita. My father’s brother’s wife. Open on the sideboard in the dining room.

I picked it up to read it. She was writing about the effect the move to tiny town life had on my mother.

But she also mentioned me.

She said I always had such a sunny disposition, so there was no doubt that I would quickly adjust to my new surroundings.

Which is what I did.

And what I always do.

My mother said I popped out of her womb with a smile on my face. And a fierce determination to get on with my life. Now that it had begun.

All my life I’ve been called well adjusted. Responsible. Strong willed. Having a spine of steel. And not afraid to confront someone when I know they’re wrong. One successful businessman described me as having ‘the biggest balls in the room’. After I dressed him down for not showing up to a very intimate business luncheon he had been invited to. And committed himself to being there.

But that doesn’t mean I don’t have lows in my life.

No one escapes them.

I certainly didn’t have a smile on my face when my mother died suddenly. Or my father from a lingering illness. Or my older sister, Janet. Next to her daughter -my niece – and her only child – dying in a freak accident at work when Lisa was 32. My sister’s death was the hardest to cope with. She’d been there all my life. And it never occurred to me that one day she would die. Especially as she died within the blink of eye.

Her death so shattered me, I couldn’t tell anyone who didn’t need to know about it, for two years.

Then there are all the other disappointments we face in life.

Not being picked for whatever. When we deserved it more than the other person.

Your oldest. And closest. Friend. Tells you they’re dying of cancer.

Failures of every sort.

Not being able to figure out how to read a clock and tell time. Struggling to learn how to ride a bike. Being the worst speller in my class. Having 4 goes at getting my driver’s license in Washington DC. Zipping through 300 dozen eggs before I made my first perfect crepe. Almost failing sewing in 7th grade. I got a ‘D’. Rather than an ‘F’. Which was a blotch on my Honour Roll record. Getting lost around a roundabout at Memorial Circle in Washington DC. Taking a wrong exit. And ending up in the worst black neighbourhood possible. A young white woman. On her own. Asking for directions from . . . ! 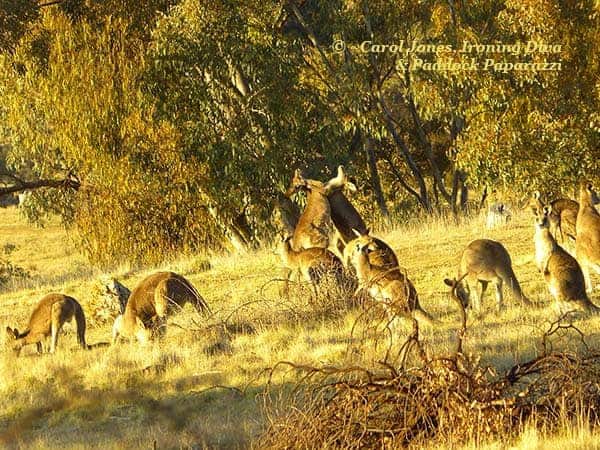 Life is a roller coaster. Every. Single. Day.

And it does require skill and finesse in adjusting to the highs and lows. That can occur within those 24 hours.

Some do it better than others.

I have always assumed that people who are on a permanent high are either on mood altering drugs. Or are hiding something.

Ditto for people who can never see the rainbow at the end of the storm. They must believe in the Chinese proverb that the gods will be jealous if you express too much happiness.

Anger can be a positive emotion. It can inspire a person into taking some action to turn a sows ear into a silk purse. Think about MADD. Mothers Against Drink Driving. Rosie Batty’s fight to have domestic violence recognised as a serious crime.

Sadness at losing a loved one.

Sometimes the simplest solution is to just accept that life handed you and me a curveball. And learn to live with it.

I’m not one for taking guilt-trips. I don’t know why. But my life has been remarkably free of guilt.

But I know people who rely on guilt to make changes in their lives.

Eating too much? They cut back. Huffing and puffing going up hills? They go the gym and get fit. Not spending enough time with their offspring? They change their schedule and work the kids into their day. Guilty that life is passing them by? They try to change their ways and fix that problem.

I learned the skill of dealing with friends giving me the grim news they are dying of cancer when I was in my 30’s. When a business associate. In his early 40’s. Was diagnosed with a fatal brain tumour.

Fear is a powerful deterrent.

Knowing this, I hesitantly rang him at home. I had no idea what I would say. He was sooo happy to hear from me. That he put me at ease. And I rang him every week until he died.

I learned so much about how he felt. And what he feared the most. That I used this knowledge when Victor’s father was dying of cancer. Who also experienced the same feeling of being shut out of the lives of many of his acquaintances.

Over the years I’ve lost many friends to cancer. And I’ve discovered that they don’t appreciate people skirting around the issue. Offering empty platitudes about getting better. When they won’t get better. They want to talk about it. And about what’s happening to them. Being a good listener turns you into a best friend forever.

A day is always improved dramatically when we experience excitement.

Good news is received. We manage a breakthrough with a chronic problem we are struggling with. We discover something new that is important to us.

Excitement is highly motivating. And drops those good endorphins into our brain. That make us feel better.

What we need to learn how to do is become skilled at managing the emotions we feel during the day. So we don’t let them control us. But we control how we will respond to them.

My simple solution is one I learned from Mel Robbins. It’s the 5,4,3,2,1, principle. That NASA uses when they’re launching a rocket. And counting down to lift off.

Before you react to something. Especially in a negative way. Slow your brain down. And distract it. By counting down from 5. To 4. To 3. To 2. To 1. To . . . only now will I react. This gives your brain enough time to not go off half cocked and become trigger happy. Which finds you doing. Or saying something. You regret afterwards.

I know parents who tell me they use this principle when they become angry with their children. Slow down. Think about the response. And then act.

This works equally well when you become effusive. And over promise on something in a moment of euphoria. That you realise later you have no hope of delivering on.

How do you manage the emotions that travel through your day like a roller coaster? What’s your simple solution?


We live and work from our remote rural property in 'The High Country' of Victoria.
In the picturesque foothills of the Victorian Alps.
All parcels are despatched via Australia Post.
Our post office is in a remote location. So we post parcels once a week.
We hope you understand how the tyranny of distance affects a business that is in a remote, rural village.
We post parcels on Friday. From orders received by 3pm on Wednesday. And send you an email to let you know your parcel is on its way.

Every Friday. From our rural alpine village. We post orders received by 3PM on Wednesday.
We then send you an email to let you know your parcel is on its way.
And we hope you love everything in your parcel. ~Carol❤️