Amazon. Versus The Little Guys. 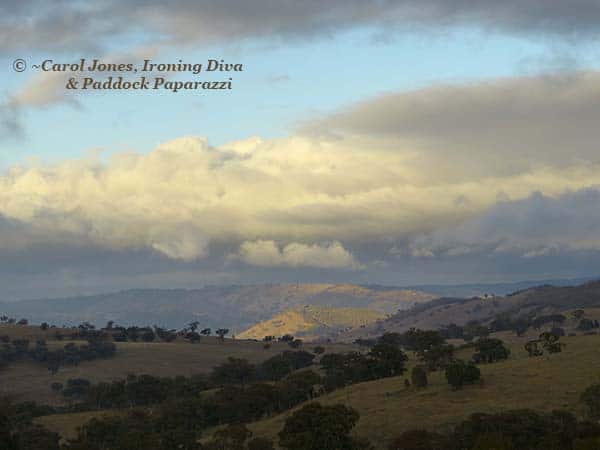 The Hills. A Stormy Sky After The Rain.

There’s been a great deal of hype in Australia about the looming entry of Amazon into such a small market. 24+ million people. From a company which is a giant in a population of 323.1 million. And counting upwards.

And there is much to be concerned about.

But I think the hype. Spearheaded by Amazon. About our shopping malls closing down. And existing online merchants – me – being overrun by a Goliath. May. At times. Be spurious.

One of the best emotions to use to get eyeballs to news items is . . . fear. And I think Amazon has generated a great deal of that in the run up to their grand entrance.

They’ve ridiculed the online sites of the big end of town. Describing them as wanting. Citing poor service as another gap that they intend to close. Just for starters.

They’re positioning themselves as the ‘cats meow’ of all shopping. A one stop shoppers paradise.

But is that really true?

Let’s do a reality check.

Yes. Shopping malls are closing down around the world. Including Australia. Perhaps. Because. There are just too many of them. Since the mid 1970’s, they popped up on the landscape like rabbits breeding. And as it became more difficult to get parking. Or simply to just get there on the congested roads of a city. People started opting out of shopping as often.

Our demographics have also changed.

Shopping malls were built to accommodate the insatiable shopping habits of the Baby Boomers. The first generation to have discretionary income to burn.

Baby Boomers were the benefactors of the post World War II manufacturing boom in western countries. Jobs were plentiful when they hit the job market in 1964. And it was unheard of for anyone to be out of work. There was also job security. My goodness. They were guaranteed jobs for life.

Their parents. Who were children of the Great Depression. Could only look on in amazement at how well their children were doing financially.

And did they spend. If they couldn’t make ends meet. They racked up their impulse purchases on easy to get credit cards.

Credit cards were the first real revolution in retail trading. Put it on credit. And take it home today. Totally seductive.

Prior to that, Lay By was the only way to purchase something you couldn’t afford at the moment. Pay ‘$$’ amount per week. And take it home when you’ve paid for it in full.

The Baby Boomer generation are those people born between 1946 and 1964. They made up 20% of the population in western countries.

Many of them are now dying.

And for the still alive and kicking. They are downsizing. Many into retirement homes.

Instead of buying up. They’re giving away. Furniture. Appliances. Flooding the likes of St Vincent de Paul and the Salvation Army charity shops.

Generation X. Which is people born between 1965 to 1979. Were faced with a different culture. Jobs weren’t as plentiful when they were looking for full time jobs in 1983. The economies of the western world weren’t as strong. So they didn’t have the same ‘buy buy buy’ mentality as Baby Boomers. They just couldn’t afford to.

Law graduates were driving taxis. As were architects. Although the trades were doing well. Not many people wanted to be plumbers or electricians. Not sexy enough.

Plus. They’re starting their adult life lumbered with $$$$$$$$$ of university debt. Which didn’t afflict the Baby Boomers.

Today. Full time jobs are a scarcity. Most men and women of any generation have multiple casual jobs. With little job security. There are no longer any jobs for life.

And now we have what are called ‘the working poor’. Those men and women who have jobs. But can’t afford to pay their electricity bills.

All of this affects shopping patterns.

Less people buying. An oversupply of retailers. And malls closing because of poor foot traffic.

In America, it’s 15% per year. In Australia, it’s 7% per year. Next to retail growth of 3% a year, it sounds promising. But retail bricks and mortar spending is still much larger than online spending.

It’s not exactly taking over the retail sector.

Human beings are social beings. They could almost be described as pack animals. They crave being with other people.

Why else would someone who’s a loner? Apologise for being a loner?

Because it’s not the norm.

And Millennials are the biggest packs ever in modern history. This generation grew up in child care centres. They munch on their $22 Smashed Avocado lunches in groups. They go out socially in groups. They’re glued to their phones and their groups of friends. They hardly know anyone else exists outside of their pack.

Online shopping. Although convenient. And seductive. Also is devoid of any human contact. And no real sense that your order is appreciated. No one rings to say thank you. Very few send an email to say thank you. And if you ever do hear from the merchant again, it’s to ask you to buy something else. Not. Hello. How are you? Can I get to know you?

Most online merchants want to have as little as possible to do with their customers. Which is why so many customers complain about poor service when there’s a problem. As a rule, the merchant doesn’t want to know about it. Why do you think there are so few telephone numbers on websites?!

Buy something at Target/Big W that doesn’t work. Take it straight to the help desk. And it’s either replaced. Or your money refunded. No questions asked.

Many online merchants have burned their bridges with customers. And there’s not a great deal of trust in the transaction. I’m an online merchant. But with what I know about how the majority operate, I would never buy a capital item online. I’ll buy software. Books. Kitchen gadgets.

But never a capital item. Because of the grief involved in asking for a refund. The cost – to me – of returning it. The poor manners on the other end. Or worse. Total lack of acknowledgement that I’ve even contacted them with a problem.

So how will Amazon fare in the world of retail in Australia?

I think they’ll be successful. But they won’t be Goliath. Slaying the mini Davids.

We are also creatures of habit. We buy where we’re used to buying.

Bunnings was first in the mega hardware market.

Woolworths decided they could do better.

Truth is. Masters stores were upscale compared to Bunnings. Better laid out. Air conditioned all year round. Warm in winter. Cool in summer.

As opposed to Bunnings. Where winter coats are de rigueur for the staff. And the public. And bikinis in summer for all. And a bit of a jumbled mess in the aisles.

But Bunnings was first.

My partner is an avid Bunnings customer. We went to Masters. Tried it out. Gushed at the layout. The air conditioning. The helpful staff.

But we always went to Bunnings first.

Because we’re creatures of habit.

And Masters couldn’t budge enough Bunnings customers to make it work for them. Because that’s what they were doing. Stealing customers.

Australia has a finite shopping market. 24+ million people. Many of who are set in their ways.

Amazon is Masters. Trying to steal customers away from someone else.

They’re not creating new markets. They sell what most other retailers sell.

With a difference. A promise of same day delivery if you’re in a metropolitan area. No need to visit the shops.

But look at this. Australia Post is now offering the same service from approved retailers who sign up for their same day delivery service.

I often ask my customers if they would like their parcels delivered to their work address. So many say they are unable to receive parcels at work.

If a working man or woman can’t receive parcels at work. Who’s going to receive them at home? Who will sign for them?

If no signature is required. How does Amazon prove they delivered the parcel? And how are those disagreements resolved? If someone steals the parcel?

Better than Starbucks did.


We live and work from our remote rural property in 'The High Country' of Victoria.
In the picturesque foothills of the Victorian Alps.
All parcels are despatched via Australia Post.
Our post office is in a remote location. So we post parcels once a week.
We hope you understand how the tyranny of distance affects a business that is in a remote, rural village.
We post parcels on Thursday. From orders received by 3pm on the day before. Wednesday. And send you an email to let you know your parcel is on its way.

Every Thursday. From our rural alpine village. We post orders received by 3PM on Wednesday.
We then send you an email to let you know your parcel is on its way.
And we hope you love everything in your parcel. ~Carol❤️