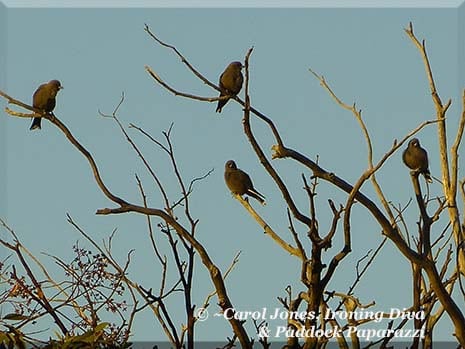 I admit to having some of the most glorious conversations when taking orders by phone for The Fitz Like A Glove™ Ironing Board Cover.

Jean is an erudite woman of 76. And when discussing the pros and cons of today’s Trophy Wives – yes, I get to talk about everything – she confessed that when growing up, Coco Chanel was her idol.

Post World War II, women’s lives revolved around marriage and motherhood. And their identity was firmly tied to the male owner of the name that followed ‘Mrs’.

And Jean secretly admired the freedom and chutzpah of Coco Chanel.

Who bewitched the men in her life with both guile and allure to further her ambitions as a French fashion designer.

The conversation left me wanting to know more about the life of Coco Chanel.

And it’s a story rich in intrigue and ambition.

Born into a family of five brothers and sisters to illiterate parents in Saumur, France in 1883, Coco was sent to a Roman Catholic orphanage at the age of 12 when her mother, a laundress, died of TB, and her father, a market stall holder, abandoned his family.

Her birth name was Gabrielle and it was at the orphanage that she learned the art of being a seamstress.

She was frequently beaten by the nuns and left with a hatred of authority and a rebellion against their iron fisted discipline.

Forced to leave the orphanage at 18, she tried her luck at being a cabaret singer.

And changed her name to Coco. The abbreviation of ‘cocquette’ – or kept woman. 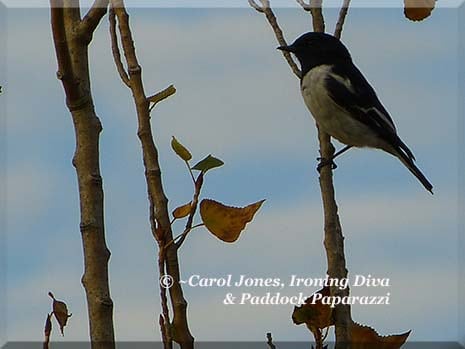 And thus began her life of opportunity and intrigue.

Not trusting men after being abandoned by her father, she decided instead to use men for her own personal gain.

And not just any man.

Only rich and powerful men who were able to set her up in business and open the right social doors for her.

She used them as her trophies. Just as they used her as their trophy.

Her career as a cabaret singer never got off the ground, but it introduced her to her first conquest.

She soon became his mistress.

But she was very shrewd and determined to remain independent, so didn’t give up her day job in a tailoring shop.

Balsan lavished on her all the trappings of the life of the rich.

She discarded Balsan because she had ambition and vision far beyond her dalliance with him.

And started on her lifelong journey of seeking out men of influence, wealth and powerful achievements.

Coco never talked about her lovers. And has never acknowledged them publicly.

Not all her men were lovers.

Some were men of influence like Sergei Diaghilev, the Russian art critic and ballet impresario. Who introduced her to Igor Stravinsky.

Jean Cocteau, the French poet, novelist and dramatist who rose to international acclaim. And who was a friend of Sergei Diaghilev. 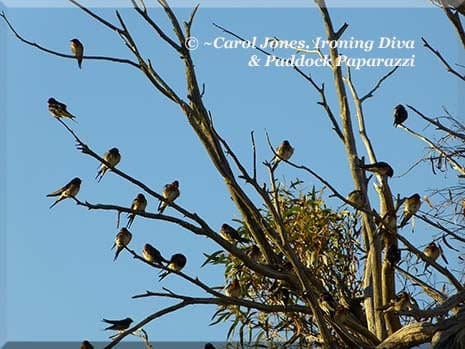 Pablo Picasso. The artist with many women in his love life. And friends with many more influential people. Including Coco.

And Samuel Goldwyn, the head of MGM, who was introduced to her by her lover, the Grand Duke Dmitri.

In 1931, Samuel made Coco an offer she couldn’t refuse. For $1 Million/year, he brought her to Hollywood twice a year to design costumes for MGM stars.

She travelled from New York to California in a special white train carriage, luxuriously outfitted specifically for her use.

Then there were the Wertheimer brothers, Pierre and Paul, directors of the eminent perfume house Bourgeois.

The Wertheimers agreed to provide full financing for production, marketing and distribution of Chanel No 5.

Although it’s rumoured that Pierre was her lover, her attitude suggests otherwise.

This was a pure business deal whereby the brothers owned 70% of Parfums Chanel and Coco 10%.

She describes Pierre as “the bandit who screwed me.”

Her climb to the top started when she opened her first shop as a hat milliner. Financed by her first lover, Étienne Balsan.

But before long she opened a shop as a couturier and established her maison de couture at 31 rue Cambon. Which is still the home of Chanel today.

As always, she served the rich and the famous.

And her choice of lovers and close male companions ensured she only travelled in the most rarefied circles of friendship and influence.

Many decades later, she’s remembered for what she was.

A shrewd businesswoman who climbed to the top with the help of rich and powerful men.

But above all else, she was a woman who understood how to sell clothes.

And she did things her way.

Enjoy. Your comments are always welcome.

PS. Ironing really is my gateway to wonderful stories about men and women who surrounded themselves with luxury!

PPS. I am not only an Ironing Diva. But as one friend says, I am ‘The Queen’ when it comes to ironing.

I Am The Purveyor Of The Tantrum Free Fitz Like A Glove™ Ironing Board Cover And Other Goodies
Made with love and care in RURAL Australia by men and women who have a disability.

It’s not for everyone.
But it’s definitely for you if you’re fussy about the cover you iron on.
And if you love to support Australian made.
And want to put something back into the community when you make a purchase. 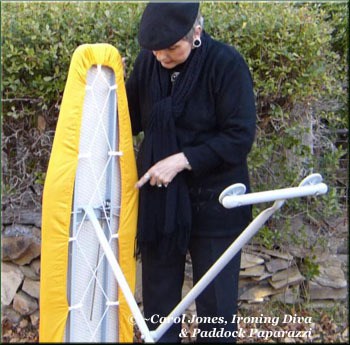 And these are the ‘Other Goodies’ 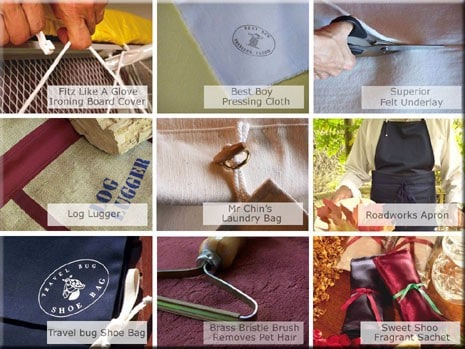 Have a question? Email me at the bottom of this post.

Photos of my rural property are courtesy of me, Ironing Diva – who is also known as Paddock Paparazzi – and taken at sunrise every morning. 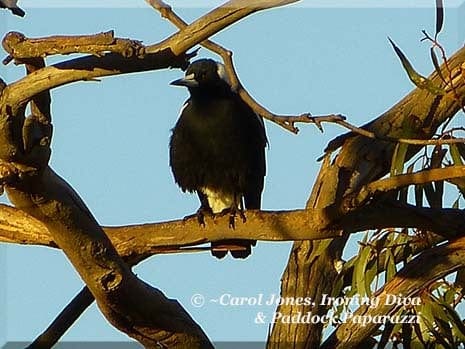 A Magpie. Roosting In The Shadows Of A Eucalyptus Yellowbox.

PS. And I have a fabulous newsletter ‘A Smidgen Of Gossip’. This is what a subscriber says about it. “Carol. Just had some time to read it and found that it is, as with everything you do, rather wonderful. A great read. W” You can subscribe to it by clicking this link. It’s FREE! This is not a lifetime commitment. You can Unsubscribe at any time. Don’t miss out. Click this link now! 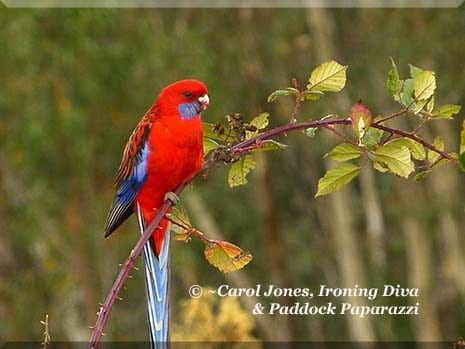 A Crimson Rosella. On A Blackberry Cane.


Click Here To Go Back To The Top Of This Page


We live and work from our remote rural property in 'The High Country' of Victoria.
In the picturesque foothills of the Victorian Alps.
All parcels are despatched via Australia Post.
Our post office is in a remote location. So we post parcels once a week.
We hope you understand how the tyranny of distance affects a business that is in a remote, rural village.
We post parcels on Thursday. From orders received by 3pm on the day before. Wednesday. And send you an email to let you know your parcel is on its way.

Every Thursday. From our rural alpine village. We post orders received by 3PM on Wednesday.
We then send you an email to let you know your parcel is on its way.
And we hope you love everything in your parcel. ~Carol❤️